Another week has flown by! Here we are for another weekly wrap up.

That’s right, after a lot longer than we intended (see wrap up #6) we released the 3.1.5B patch on the 16th (GMT+12).  We had to do a lot of work twice, but that’s just the price to pay for having a standard of a bug free release, every time.

We look forward to hearing what you have to say about the improvements we’ve made to Wikinger in this patch, it should have removed a lot of frustrations that have been voiced over the previous weeks and months.

We’ve pushed out the 3.1.5C beta to our team of beta testers, we’ve already started to receive feedback on the prices and have some work to do (what’s new?) already.

There’s a bit more to do before we can have a solid idea of when this will make it into the live game.  Once we know, we will update you as to when to expect another release.

Some of the devs played through a game with the internal release as the Axis forces against the combined forces of the Allies.  We have a video on YouTube going live tomorrow if you’d like to see how these new prices play out in a game setting. 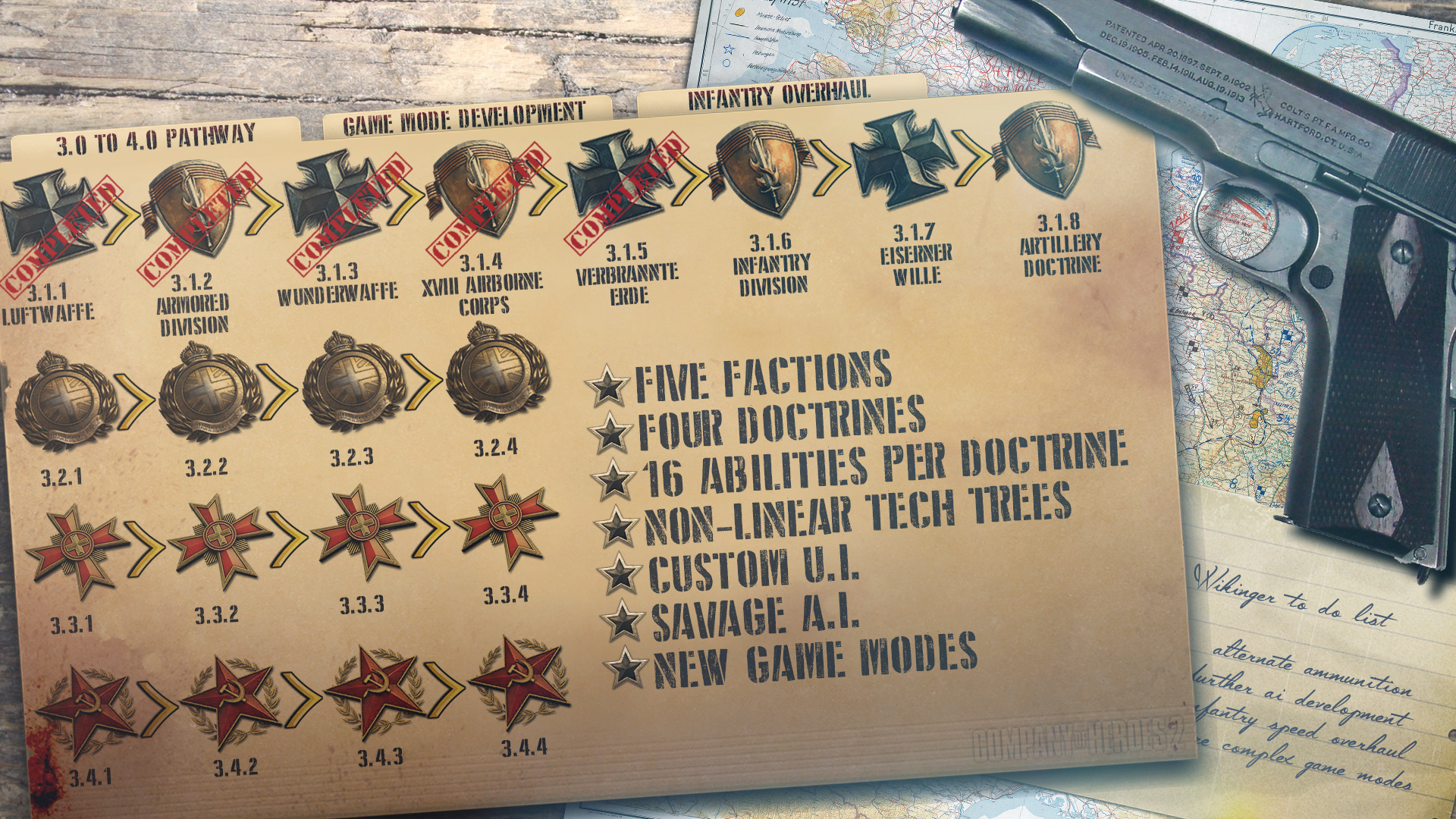 The US Infantry Division is now in development, we will be working as quickly as we can to get this patch out with the minimum amount of delays, there is quite a bit of work to do but we don’t have to bundle any reworks with this patch so we should be a lot closer to our original time frame of 2-3 weeks per doctrine – though we do plan on dropping the 3.1.5C patch before we drop 3.1.6.

We will be showcasing the tech tree preview in the coming weeks.

We’ve had a fairly good week on all social fronts – our YouTube is closing in on 300 subscribers (looking forward to coming up with a 300 subscriber special video).

There have been some improvements over on Facebook – we uploaded a new cover video – a new feature by FB so we’re happy to test that out with a seamless video loop – featuring the vanilla damage model – all those guys survived, had to edit it so it was ambiguous!

We also uploaded this neat video onto FB where we had a video from a replay where the Arado 234 explosion actually was bigger than the screen – with our zoomed out camera!

Just some minor style things have been adressed, the menu on the right side has been rearranged and will change depending if you are in the forum or anywhere else on the webside.

We got a new “Become a Patron” – banner and also set up a PayPal account.

So if you would like to show your appreciation of our work in a monitary way – you would be very welcomed.

That’s all for now, we’ll keep you updated during the week as we progress on all fronts.