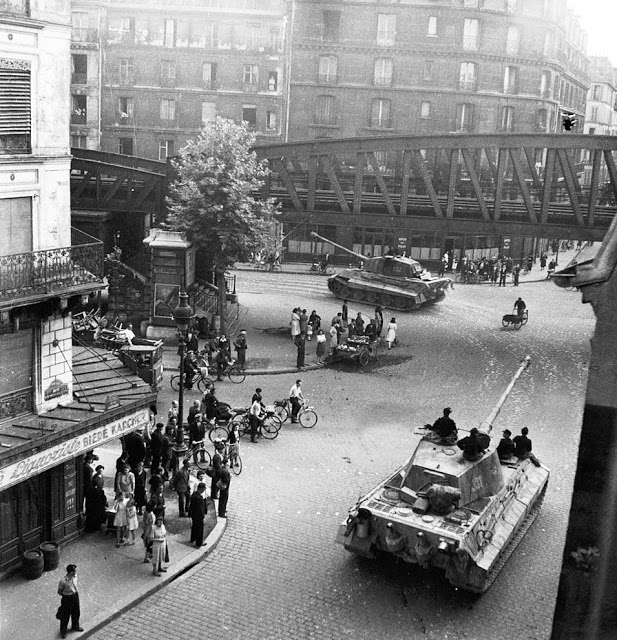 The heaviest tank on the battlefield, the Tiger II or Königstiger was a formidable foe, but it had its fair share of shortcomings.  From over-complicated engineering, not enough power for the weight of the beast and the lack of quality raw materials led to this monster not being able to perform to its fullest.
However that being said, wherever this tank was deployed, it devastated its opponents.

In this photo two King Tigers of the 503rd Heavy Panzer Battalion are passing through a Paris street on the way to the Normandy front in August 1944, ultimately however nothing the German’s threw at the invading Allies was enough to halt their advance, and once Operation Bagration was launched it was really only a matter of time before the war for Germany was over.