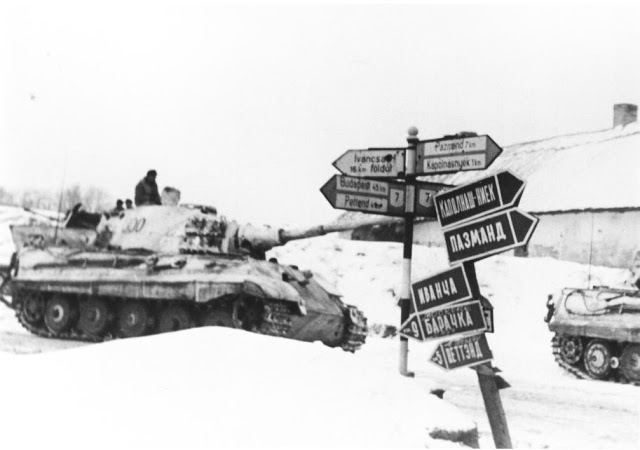 As with yesterday’s post, here is another two King Tigers, this time a year later and on the Eastern Front.

After it had received forty-five new Tiger IIs in December 1944, the detachment was attached to IV SS Panzer Corps, which was preparing an attempt to relieve the encircled garrison of Budapest. Launched on 18 January 1945, the operation was ultimately a failure. During the operation, the 509th had lost forty of its forty-five Tiger IIs, with ten being total losses.  The road signs indicate that they’re  45 kilometers from Budapest, and this is tank #300.