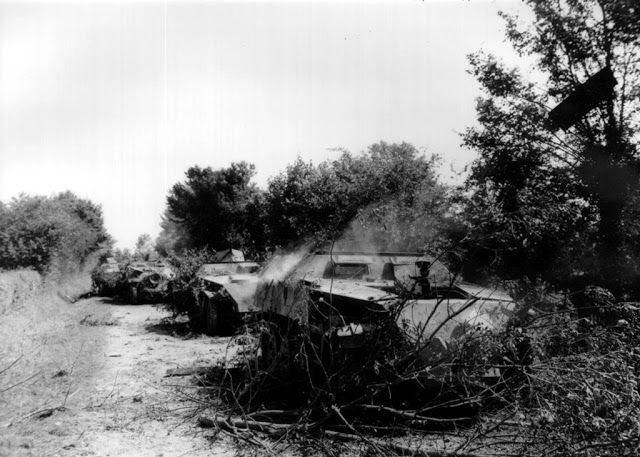 The “Hanomag” or Sd.Kfz 251 series of vehicles was a half tracked armored fighting vehicle of Nazi Germany.  Over 15,000 were built during the war, there were 22 variants of the base vehicle.

These particular half tracks were knocked out by Allied air power between Carrouges and Rânes – an area below Caen and roughly a 12 km stretch of road.  There were two other attacks around the same time which eliminated the entire group.